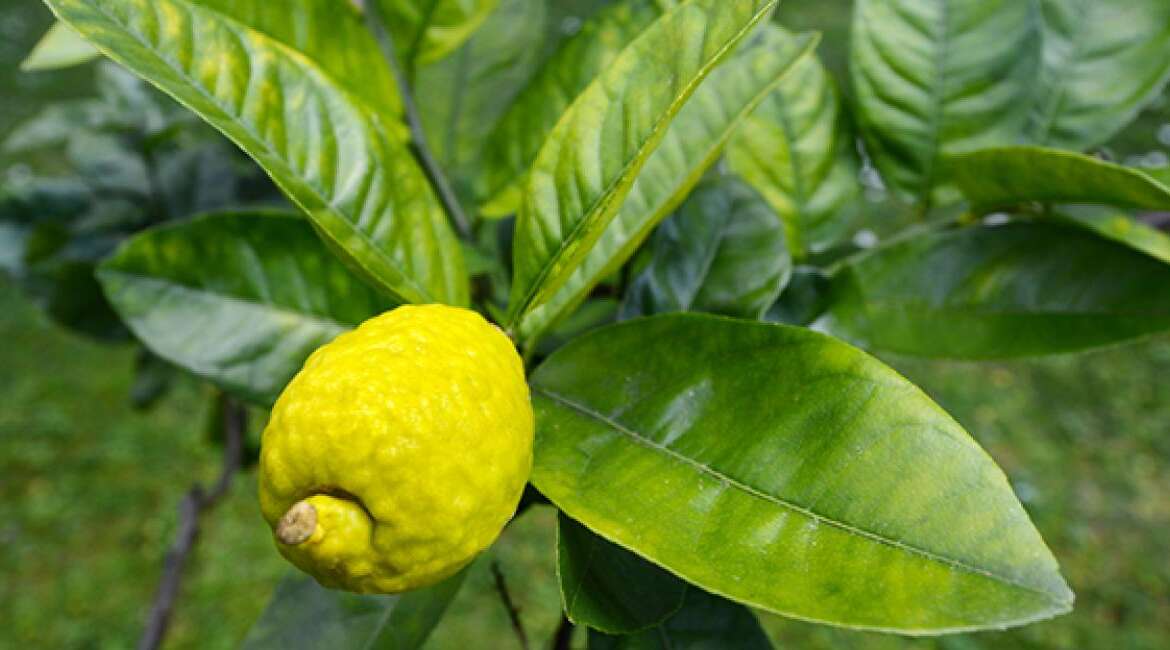 Rabbi Yehuda Amital raises a fascinating – seemingly, at first, purely literary — question on this week’s Torah portion.  Abraham has just returned from his successful battle with the Four Kings and rescued all those captured during the preceding war between the Four and Five Kings (Genesis Chapter 14).  The King of Sodom comes out to greet Abraham and begins to speak with him … but is immediately interrupted by a couple of verses in which the visit of Malki-Tzedek from Shalem (Jerusalem according to the Midrash) heaps praise upon Abraham.  Once Malki-Tzedek finishes, the narrative picks up exactly where it left off – with the King of Sodom’s conversation with Abraham.  The obvious question is why.  Why does the Torah insert the praise of Malki-Tzedek (the “King of Righteousness”) right smack dab in the conversation with the King of Sodom.

Rabbi Amital answers the question by noting many sources criticize Abraham at this point in time.  The Torah describes how Abraham pressed into military service all his students in order to go to battle against the Four Kings.  Perhaps that was inappropriate.  Or consider Abraham’s comment a little later that he feared he might lose some merit with God because in the course of that battle he killed a number of people.  And what about the conversation with the King of Sodom?  Abraham returned all the people he rescued to the King of Sodom, the ruler of one of the most profoundly immoral places in the world.  Wouldn’t it have been better for him to keep these people under his wing and educate them in the ways of Abraham and monotheism?  And speaking of the King of Sodom, given his wickedness, why did Abraham even meet with him?  Surely he did not deserve such attention from such a holy individual.

So yes, Rabbi Amital notes, there is a lot to potentially criticize Abraham about …. And that’s exactly why the intervention of Malki-Tzedek is so important.  It is not a literary matter, but rather an educational one.  One might think that Abraham engaged in some questionable behavior, but Malki-Tzedek sets the record straight – right in the midst of one of those questionable activities (the meeting with the King of Sodom) – and informs us Abraham’s activities were far from inappropriate but rather the height of courageous and moral heroism.  After all, what he engaged was all in the service of the very important mitzvah of redeeming captives.  So yes, perhaps it is not appropriate to press one’s students into battle in regular times …. But to save lives of captives is an entirely different story.  So too with meeting with unsavory people … or even killing someone.

To appreciate just how important Judaism views the redeeming of captives, consider the Rambam’s comments in Hilchot Matanot Aniyim (Gifts to the Poor – Chapter 8:10-11), where he describes how this commandment takes precedent over almost all other acts of kindness one may perform:

The redemption of captives receives priority over sustaining the poor and providing them with clothing. [Indeed,] there is no greater mitzvah than the redemption of captives. For a captive is among those who are hungry, thirsty, and unclothed and he is in mortal peril. If someone pays no attention to his redemption, he violates the negative commandments: “Do not harden your heart or close your hand” (Deuteronomy 15:7), “Do not stand by when the blood of your neighbor is in danger” (Leviticus 19:16), and “He shall not oppress him with exhausting work in your presence” (ibid. 25:53). And he has negated the observance of the positive commandments: “You shall certainly open up your hand to him” (Deuteronomy 15:8), “And your brother shall live with you” (ibid. 19:18), “Love your neighbor as yourself” (Leviticus 19:18), “Save those who are taken for death” (Proverbs 24:11), and many other decrees of this nature. There is no mitzvah as great as the redemption of captives.

When the inhabitants of a city collected money for building a synagogue and a purpose associated with a mitzvah arose, they may use the money for that purpose. If they purchased stones and beams, they should not sell them [and use the proceeds] for a purpose associated with a mitzvah other than the redemption of captives. Even though they brought the stones [to the building site], cut the beams and shaped them to size, and prepared everything for building, it should all be sold, [but] only for the sake of redeeming captives. If they built [the synagogue] and completed it, it should not be sold. Instead, the funds necessary to redeem the captives should be raised from the community.

I mention all of the above for two reasons.  First, of course, is to remind us of the great importance of redeeming captives, a reality that, unfortunately, still exists in today’s world.[1]  But I also mention it because of the larger point at play here.  It is clear that the criticisms of Abraham stem from a narrow focus on his behavior.  Yes, obviously, killing is wrong, and if that’s all you see, well then you may indeed fault Abraham.  But if you step back and see the big picture, that Abraham was in fact fighting a just and necessary cause and redeemed captives as part of the process, then what was once viewed negatively takes on an entirely different meaning.

And that’s something we should remember in all our interactions with people.  We often judge others because we only see their activities through the most narrow lenses possible.  If we were judging ourselves and our behavior, we of course would understand the context with which we were acting, our noble motivations, our challenges in deciding how to behave in a difficult situation, the benefits of our actions, and so forth.  Seldom will we extend that same generosity of spirit to others.  But we should.  We should step back and consider all the facts before deciding.  For when we do, our judgements may be quite different.

Allow me to conclude by noting that this value not only ought influence our interpersonal relationships, but might also be significant in our more ritualistic activities as well.  Consider but one example from the halachik decision-making of Rabbi Ben-Zion Uziel, one of the first Chief Rabbis of the State of Israel.  His general attitude of halachik reasoning was to balance Truth and Peace, not always a simple task.  It was a challenge, though, that he often succeeded overcoming thanks to the ability to see the big picture.

One such example that arose was the question of whether or not one may use a grafted etrog produced in Israel for Sukkot.  As a general principle, grafting branches from one tree onto the next is frowned upon, as it borders on violating aspects of the mitzvah of Kila’im, not mixing different species.  Now since the grafting in question is on a tree and from the same species, the etrog case is not absolutely prohibited, and indeed, a minority opinion says it is fine.  Nevertheless, given the majority’s preference, and the fact that this relates to a Torah prohibition, one would assume the preferred behavior would be to be strict and not use such etrogim.

But not so for Rabbi Uziel.  In a vacuum, yes, the majority opinion is preferred.  However, we have to step back and look at the big picture.  Israel, at its founding, was a poor country and needed to support its fledgling agricultural business.  Moreover, the planting of trees – and extending not only sovereignty but actual active settlement of the land – was in the national interest as well.  If one purchased an etrog from overseas – which was entirely free from any question about grafting – he might acquire a fruit above all suspicion from one halachik perspective, but would in no way contribute to the larger cause of rebuilding Israel.  Alternatively, if one supported local farmers, even if that meant relying on the more lenient opinion permitting grafting, one would strengthen the country and help enable the fulfillment of many more mitzvot.

And thus, thanks to seeing the big picture, Rabbi Uziel permitted the Israeli etrogim.

[1] In Israel, some have mentioned this sensitivity as a value to consider our treatment of prisoners, for although these prisoners are – hopefully – being treated fairly within the Israeli system, and their punishment is deserved, they remain nevertheless captive and thus vulnerable.  As such, while we ought not eliminate their punishment – for doing so might increase crime and pain for others rather than diminish it – we are obligated to consider ways of ameliorating the negativity of their incarceration.  And thus, for example, many have advocated – often successfully – that educational, social and religious efforts be increased for prisoners in Israeli prisons.  The results of these efforts have, in turn, not only benefited the prisoners themselves, but through a reduction of recidivism and violence, society in general. 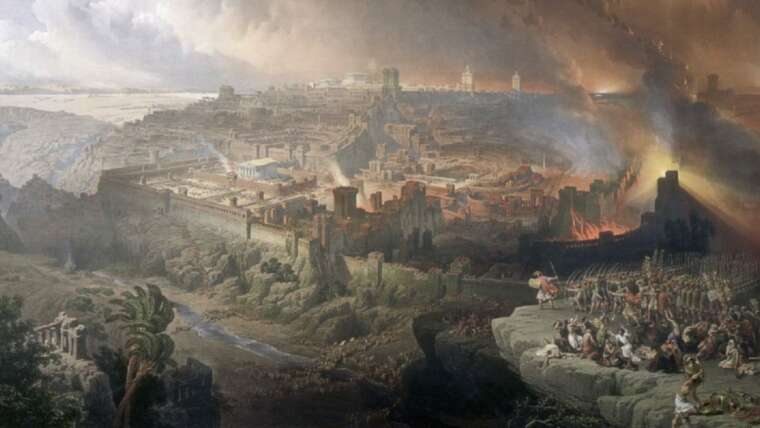 Here’s what to know about Tisha B’av 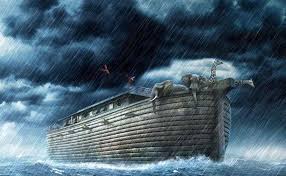